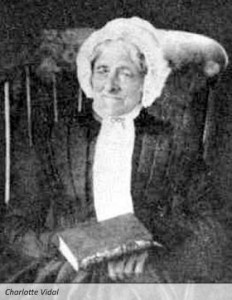 1835 the local members of the United Church of England and Ireland met in Mooretown to organize and establish the parish of Moore. This parish provided missionaries to Moore, Port Sarnia, and Walpole Island until 1848. During this time services were conducted in the homes of people and a building known as “The Chapel” a building near the corner of Lochiel and Brock Streets, which was available to various denominations. 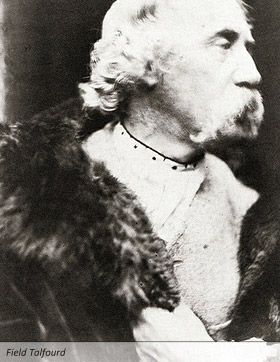 In 1848 Captain Richard Emeric Vidal, R.N. a retired naval officer, and one of the founders of Sarnia, purchased one acre of land on the north side of the London Road and built, at his own expense, a red brick church which accommodated one hundred people. The contractor was Alexander MacKenzie who became the second Prime Minister of Canada. There was no written contract for the erection of the building; the costs being agreed to verbally, and, on completion, there were no extra expenses. This original church was known as St. Paul’s under the leadership of the Reverend G.J.R. Slater. It was renovated in 1857 with the addition of wooden transepts to increase the seating capacity. The current site on the corner of Vidal Street and Charlotte Street was purchased in 1882. The cornerstone of the new church to be named St. George’s was laid by Bishop Hellmuth. On June 22nd the Right Reverend M.S. Baldwin, Bishop of Huron, the Very Reverend Dean Boomer, the Reverend William Davis, father of the Rector, officiated at the opening of the new church. St. Paul’s was occupied for the last time on May 13th 1889, sold and demolished.

Christ Church Corunna was opened for Divine Service on August 11, 1861 and consecrated by Bishop Cronyn on October 4, 1863. It was at this time that the silver communion service consisting of two silver chalices, a paten and wine flagon were given to the church by Froome Talfourd Esq. to commemorate the opening of the church. The church originally was a framed and clapboard structure that stood facing Hill Street about twenty five feet west of  its present location. The original building was torn down and a smaller church rebuilt in 1905 and consecrated by Archdeacon Richardson on July 2, 1905. A number of local structures were purchased, moved and attached to the church during the twentieth century to create an office, boardroom, kitchen, parish hall and bathrooms. Froome and his brother Field Talfourd donated land for a cemetery which is located at the end of Church Street in the little community known as Froomefield north of Corunna along the St. Clair river.

A mission Chapel (St. John’s) was established by the  Warden’s of St. George’s in 1892 in the south end of Sarnia. The first morning and evening services took place on January 16th 1898. The Vestry of St. George’s on June 20th 1889 decided to deed the property for the mission Chapel to the Synod of Huron which in turn deeded it to the new parish to become known as St. John’s South Sarnia. On November 28th 2010 at a special Vestry, the congregations of Christ Church Corunna, St. John’s Sarnia and St. George’s Sarnia voted to amalgamate selecting the name All Saint’s.